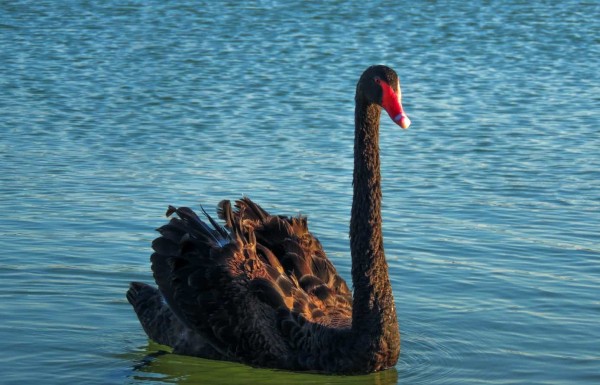 This sample Resource—one of more than 300 Resources in the growing JBA Resource library—explores the basics of Black Swan events, why they’re a particularly dangerous threat, and what we can do about them. In the Academy, we’re diving into concepts like this one as we continue to explore the concept of resiliency—for ourselves and our organizations.

The History of Black Swans

The oldest known reference to a metaphorical “black swan” dates back to 2nd-century Roman poet Juvenal. In his poem Satire VI, he wrote of “a rare bird in the lands and very much like a black swan.” Black swans were believed not to exist, so by drawing the comparison, he was implying that the “rare bird” did not exist either. From this came the metaphorical “black swan”: something that is so “rare” that it does not exist. In 1697, a team of Dutch explorers would be the first Europeans to encounter black swans, on the Western coast of modern-day Australia, but by then, the metaphor had stuck.

What Qualifies as a Black Swan?

Today, the term has morphed into a new modern definition, coined by mathematician, scholar, and writer Nassim Nicholas Taleb. First in his 2007 book Fooled by Randomness, then expanded in 2007’s The Black Swan, Taleb defines a Black Swan event as one that is:

To be considered a Black Swan, all three of these qualities must be met. Some examples he gives include: the rise of the internet, the creation and adoption of the personal computer, World War I, the dissolution of the Soviet Union, and the September 11, 2001 attacks.

What Isn’t a Black Swan?

Despite Taleb’s strict definition, the term Black Swan has lost some of its rigor since it’s been adopted into the wider discourse of news, media, and business. Today, it is often used to describe major events or crises that are merely unpredictable in their timing, not truly unprecedented.

For example, some have called the Covid-19 global pandemic a Black Swan event. While the timing of it was certainly unexpected and unpredictable, many people had been trying to sound the alarm about such a pandemic for years. In the US, the Obama administration created a working group to conduct research and publish reports on how the federal government could better prepare for such an event as recently as 2016. By all accounts, a global pandemic was not at all unprecedented nor unpredictable, and therefore not a Black Swan. (And Taleb himself wrote an article in March 2020 saying as much.)

What Can We Do About Black Swans?

So what can we do with this information?

First, the bad news: there’s nothing we can do to prepare for or predict Black Swans. By definition, no one will ever be able to see them coming or even understand how they came to happen, except after the fact.

The good news? There’s nothing we can do to prepare for them. Understanding this, we can turn our attention to the threats we know about and can prepare for: the events that are essentially certain to happen, even if we’re not sure when. This includes a large number of the crises we face: things like natural disasters, global pandemics, cyberattacks, economic downturns.

Taleb also makes the point that what is and isn’t a Black Swan depends on our perspective. The better we are able to identify and mitigate our vulnerabilities as individuals, teams, and organizations, the fewer Black Swans we will encounter.

When you join the Josh Bersin Academy, you can explore our Resource library for more deep dives into relevant topics like this one.